The Flavor of Pilsen

Yasmin Alvarez, 17, is a lifelong resident of the lower West Side neighborhood of Pilsen. 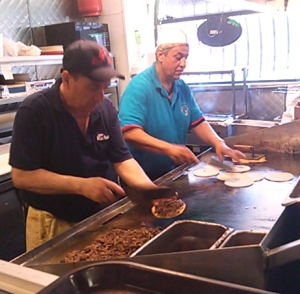 Alvarez is a first generation American, both of her parents emigrating from Mexico before she was born.

Even with her extensive access to Mexican cuisine at home and in her community her entire life, she still claims that the food of Pilsen, which ranges from tacos in neighborhood taquerias to Mexican pastries in corner bakeries, is “addicting.”

Pilsen, the Chicago neighborhood bordered by 16th Street to the north, Cermak Road to the south, Halsted Street to the east, and Western Avenue to the west is recognized around the city and by its residents for its friendliness, art, and particularly, its food.

Ariana Porras has spent three years commuting between her home in Brighton Park and her job in Pilsen, where she is a cashier in the renowned National Museum of Mexican Art.

She believes that Pilsen has great food and the best Mexican restaurants in town.

“When people come outside, they want to eat something ethnic, and the community is doing a good job of keeping ethnic food in the neighborhood,” Porras said.

She also shares that her favorite restaurant in the neighborhood is the popular Nuevo Leon on 18th Street, where lovers of Mexican food can get an authentic meal for under $15 and have the option to “bring your own beverage.”

Even the children of Pilsen appreciate the quality of the food in the neighborhood. Dora Magallan, 11, moved to the area from Gage Park last year, said that Pilsen has “pretty good food.” 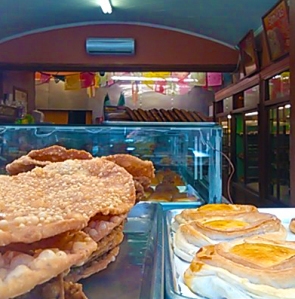 Though Pilsen’s food selection is enjoyed by most of its population of 43,000 people, some residents believe that the options of the neighborhood are too unhealthy.

For someone who enjoys being healthy and participating in activities like basketball and volleyball, she believes that the food is not only bad for her, but that it is not influenced by the culture of the neighborhood.

Regardless of opinion, to anyone walking down a block in Pilsen, it is apparent that authentic Mexican cuisine is prevalent in the lives of many.

“Food is definitely influenced by the culture, “ Alvarez said, “because it’s a way artists can express themselves.”