Even though Chicago’s famous neighborhood of Wicker Park isn’t home to as many Poles as before, the ones who are still there hold on tightly to their culture. 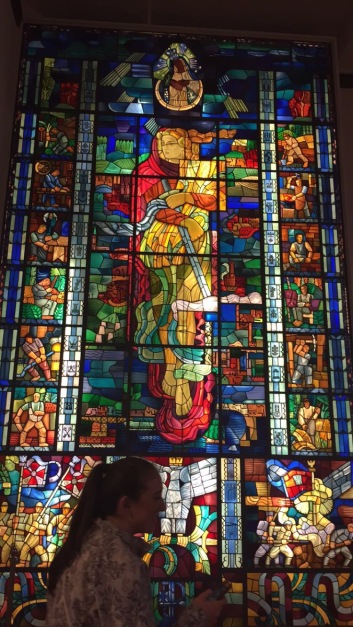 Adam Aksnowicz, 22 of Arlington Heights, is Polish and is a collections care assistant at the Polish Museum of America.

“Everyday for work, I get to talk about things I’m really passionate about,” Aksnowicz said. “I feel like I barely do any work.”

Aksnowicz says many moving parts cause the changing population in Wicker Park. He says Polish people leaving mixed with young Americans moving in caused the neighborhood to change.

“Rent used to be so cheap over here,” he said. “Now it has skyrocketed.”

He says that he expects neighborhoods to change, and because of that, he doesn’t see gentrification as positive or negative.

Looking into the future, he says Chicago’s Polish population will not increase.

Helena Madej, 76 and Polish, lives above her authentic Polish restaurant in Wicker Park.

Madej has cooked at and owned Podhalanka for 30 years, and she says over those years, she has seen a change in her customers.

She says before the gentrification of Wicker Park, she used to serve mainly Polish people, but now it’s a lot of young Americans that visit her restaurant. After the population changed, crime rates went down a lot in the neighborhood.

“The change is good to hear,” she said. “We were in danger. Outside was danger, it was very, very terrible.”

Mandej says she’s very happy she lives in Chicago because living in Poland can be very difficult. She says people work really hard there, but all of their money goes to food, and their left with no more money.

“Life is so hard in Poland,” she said. “I live in the best city, Chicago.”